A temporary exhibition on the life and scientific works of Guillem Colom Casasnovas, a micropalaeontologist from Sóller and one of the first researchers who transferred his important collection and books to the Museu Balear de Ciències Naturals.

Guillem Colom Casasnovas was born in 1900 and became a scientist who, throughout the twentieth century, gave a truly momentous impetus to natural sciences on the Balearic Islands. Through the exhibition, the steps of a universal Majorcan naturalist can be followed, a man who was fascinated by everything that surrounded him. There are also some strange fossils to be seen, the foraminifers, that are tiny living creatures which in ancient times left their shells on the sea bed and which nowadays can be found in rocks. The contribution of Colom is well known in the study of the geological origins of our islands. Most importantly though, it is possible to learn about the life and works of an intelligent man, rooted in his society, passionate about nature and dedicated to science in body and soul. 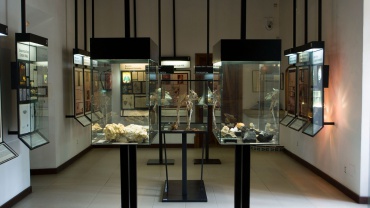 History of Natural Sciences in the Balearic Islands

The exhibition shows the most important naturalists who visited and worked on the Balearic Islands from the Enlightenment to the mid-20th century. It contains photographs by naturalists and scientists, copies of their main works, various specimens, as well as original items and documents. Some of… 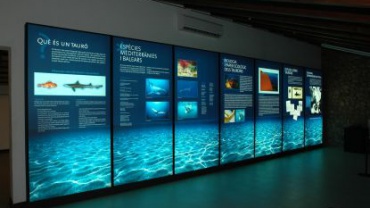 This exhibition, created by the Museum on a small budget, aims to take advantage of the unfair, bad notoriety of sharks and the popularity of this subject to raise awareness of the biological importance of these fish and to contradict some of the more common… 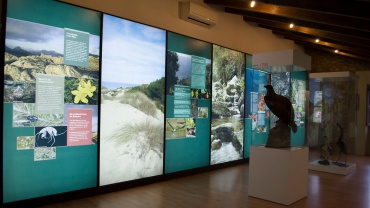